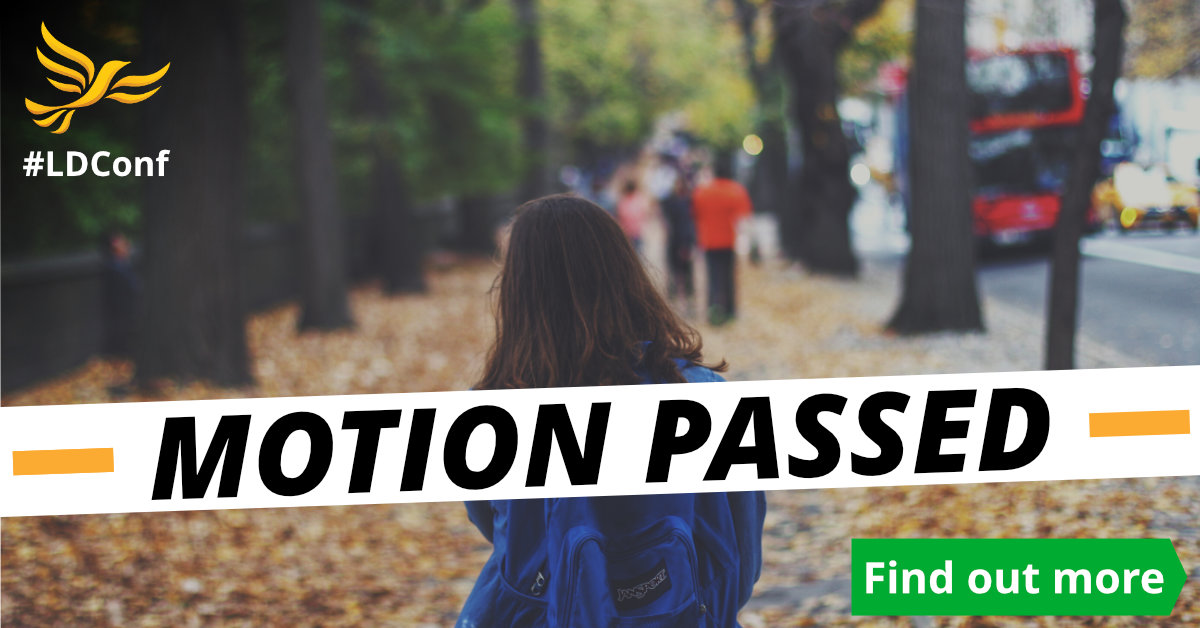 In 2019/20, 4.9 million women were victims of sexual assault in England and Wales. This statistic is appalling. We must put an end to this.

The justice system is failing victims of domestic abuse. Only 2.4% of reported rape cases end in convictions. Out of 139,000 rapes estimated by the ONS, only 58,848 were reported to the police.

Sexual harassment is even in our schools. A third of 16-18 year old girls report unwanted sexual touching at school.

This Government has failed to ratify the Istanbul Convention, a treaty that creates a global framework for protecting women against violence. Funding for domestic abuse services falls short by over £200 million a year.

We deserve to live in a society free from sexual violence and assault.

That's why we are calling on the government to:

You can read the full detailed breakdown of our plans here libdems.org.uk/f46-ending-violence-against-women-and-girls

The Conservatives have shown an absolutely shocking lack of responsibility in allowing this level of violence against women and girls in our society.

These crimes cannot be allowed to continue.

We have a duty to women and girls and we must all be able to live in a free and safe society without fear of attack.

Our motions call to tackle this endemic violence head on.

The views expressed are those of the publisher, not of the service provider.